Brazilian Jiu Jitsu (BJJ) promotes the concept that a smaller, weaker person can successfully defend against a bigger, stronger assailant.  By using proper technique, leverage and taking the fight to the ground, followed by applying joint-locks and chokeholds, a smaller individual can defeat their larger opponent. Sparring/rolling plays a major role in training and performance is key, especially in competition.

Once the opponent is on the ground a number of techniques and counter-techniques are used to manipulate them into a suitable position for the final application of a submission technique i.e. a choke or joint crank.

Achieving a dominant position on the ground is one of the hallmarks of Brazilian Jiu Jitsu.  This includes effective use of the guard position to defend oneself whilst in the bottom position utilising both submissions and sweeps.  Sweeps from the bottom can lead to obtaining the dominant position or an opportunity to pass the guard, leading to domination from the top.

When watching two experienced students, this system of manoeuvring and manipulation can be likened to a form of kinetic chess. A submission hold is the equivalent of checkmate, reflecting a disadvantage which would be extremely difficult to overcome in a fight.

Brazilian Jiu Jitsu is suitable for ages 10 years and older.

Book a taster Make an enquiry 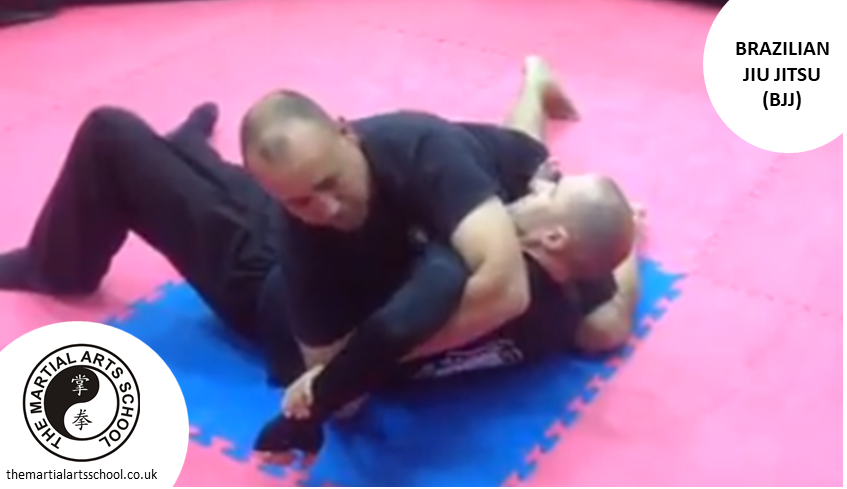 Our first seminar of the decade took place Saturday, 11 January and what an awesome way it was to start 2020. Read more about this BJJ Seminar...

Another purple stripe for Sijo Ross

On 20.12.19 Sijo Ross added another stripe to his BJJ purple belt. His ongoing training and development results in an up to date, ever evolving syllabus for all our students. Read ...

Our next Senior Grading will take place on Saturday, 20.07.19 at Loddon Valley Leisure Centre from 09:00 - 13:00. Please remember that Gradings are by invite only.

Our next Junior Grading takes place on Saturday, 13.07.19 at Loddon Valley Leisure Centre from 09:000 - 13:00. Please remember that Gradings are by invite only.